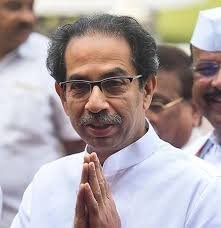 Maharashtra Chief Minister Uddhav Thackeray on Wednesday sought to remove concerns of green activists on the Mumbai Trans Harbour Link (MTHL), pointing out that the migratory Greater Flamingos are present along the ambitious project’s construction site. He was speaking after launching first of the over 10,000 girder segments of the MTHL in Mumbai.

Several activists have voiced their concerns about the over Rs 17,000 crore project, which will be the longest bridge in India when completed, because of flamingo roosting that happens at the site every winter months, when the birds come to tropical climes to escape the Siberian cold. “I had come to see the project because of the concerns. Now you can see there are flamingos on either side of the construction and also along the construction. I think both us and the birds have found a way to co-exist,” Mr Thackeray told reporters here. He also exuded confidence that the project will be completed ahead of its September 2022 deadline.

Mumbai Metropolitan Region Development Authority’s (MMRDA) additional commissioner Sanjay Khandare said sufficient care was being taken through interventions like sound barriers, mufflers and ecologically sensitive lighting. Construction of the 22-km bridge, which includes 16.5 km of length over water and rest on land, has been awarded to two consortia, including Larsen and Toubro and Tata Projects. The project, being constructed with financial assistance from the Japan International Cooperation Agency, was first envisaged nearly four decades ago and awarded only in 2018.

The MMRDA has said 19 per cent of the project’s total financial cost has been invested till date. The project aims to connect Sewri on mainland Mumbai with Chirle in neighbouring Raigad district. It will be useful to connect the island city with the upcoming Navi Mumbai International Airport, goods movement into Jawaharlal Nehru Port Trust, the country’s largest container port located across the harbour, and also passenger movement towards Pune and Goa.